An Olympic adventure for Wise

In 1997 the British Olympic Association began preparing their bid for the 2012 Summer Olympic Games.

The London Organising Committee for the Olympic Games and Paralympic Games (LOCOG) was established to oversee the ongoing development of The Games.

Virtually every stewarding and security company in the country looked for ways of being considered by LOCOG to become an official supplier.

Many companies did not meet the initial criteria for consideration and from all of the stewarding and security supply companies operating in the UK a short list of ten companies was formed.

Wise Security Services are proud to be able to say that we were one of the ten.

The companies on this shortlist were then invited to the LOCOG offices in Docklands to give a presentation and to participate in a Q&A session with the committee of ten senior members of LOCOG.

Five of the companies were immediately eliminated from the process and a week later we were invited to a meeting and advised that we would be the first company to be awarded an official contract to provide staff in keeping with the recent selection process.

A number of meetings followed and we were given the opportunity of determining the number of personnel we would supply and the best suited venues for them to be involved with.

It was soon agreed that Wise Security Services would supply staff to; Lords Cricket Ground, Royal Artillery Barracks, Horse Guards Parade and Wembley Stadium. The number of staff we provided to the Olympic Games exceeded 600 operatives.

During the months leading up to the Games, we were asked to take responsibility for several other venues and participate in others, including the Olympic Stadium, Stratford.

Due consideration was given to the request and although the door was wide open for us to considerably increase the revenue of the event  a decision was taken to reject the offer as quality of service rather than quantity was the main objective of the company.

The Games proved an interesting, exciting and in some cases a challenging involvement for the many staff that we provided.

The management and infrastructure of Wise Security Services was tested to the highest level day after day between 27 July and 12 August, when the venues where Wise were operating were active. Nonetheless, the spirit of the field staff and senior team never faltered and the pride of being a part of this memorable event was apparent at all times.

Wise Security Services was widely praised for the high level of service and commitment displayed throughout the duration of the Games from Senior LOCOG representatives.

This was backed up by a personal letter from Lord Sebastian Coe outlining his gratitude for the support and dedication which Wise Security provided, and for the vital role we played in making the Games a success.https://www.teamgb.com/ 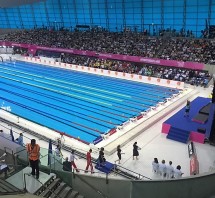 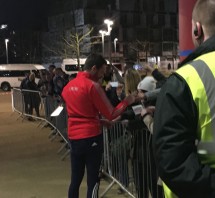